What we do at IGC:

Here at the Imaging Genetics Center, led by Paul Thompson, we use advanced “big data” methods to study over 20 major diseases of the brain - from Alzheimer’s disease and Parkinson’s disease to disorders of brain development, psychiatric illnesses, and neurogenetic disorders. We co-founded a worldwide consortium of over 900 scientists from 40 countries to study the brain, called the ENIGMA Consortium; we have published the largest neuroimaging studies of 10 major brain disorders, including schizophrenia, bipolar disorder, major depressive disorder, PTSD, and substance use disorders, revealing characteristic profiles of brain abnormalities in each disorder, and investigating factors that affect them. The unprecedented scale of these analyses - in terms of the numbers of patients scanned and the number of collaborating centers - has also helped to identify robust links between clinical measures and brain abnormalities. 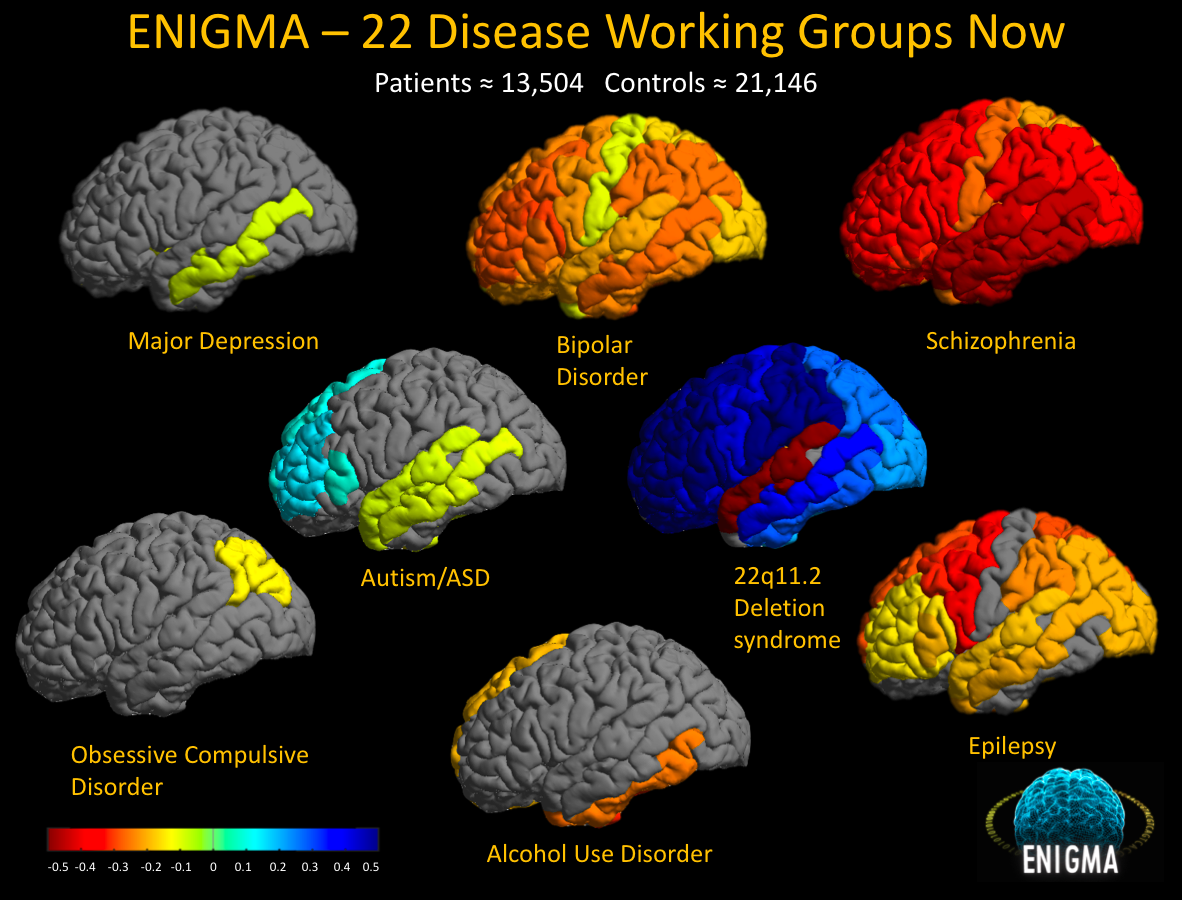